Since a 2015 landmark U.S. Supreme Court decision, Florida has recognized same-sex marriage and, as a consequence, same-sex divorce. As with all divorcing couples, property considered marital in ownership is divided as fairly as possible. However, same-sex couples may face unique issues, especially as concerns property they may have acquired prior to 2015 while living together as domestic partners. 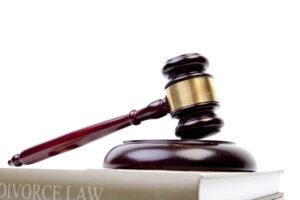 A court has a good deal of discretion in making an equitable distribution of property. The court does not have to allocate the marital assets 50/50 to each party but can consider a host of factors in deciding what is fair. In the case of a same-sex couple, the judge may make adjustments due to the fact that marriage was not an option until 2015. Many same-sex couples would have married sooner had they been legally able, which would have increased the size of their marital property holdings.

For example, if a same-sex couple began living together as domestic partners in 2010 and purchased a family home, they may have recorded the deed in just one spouse’s name. If the couple married in 2015 and now is seeking a divorce, the home would be non-marital property and not subject to equitable distribution. However, the other spouse may be granted a bigger share of the marital assets to make up for the fact that the property-owning spouse is leaving the marriage with a large asset that would have been considered marital if they had been legally able to marry in 2010.

Often it makes sense for spouses to avoid the costs and uncertainties of bringing their case to the court by negotiating the division of their property and entering into a settlement agreement. An experienced family law attorney can advise you on your rights under Florida law and represent your interests in obtaining a fair distribution of property — one that takes into account the special considerations you have as a member of a same-sex marriage.

At Weiner & Weiss, LLC, our lawyers help members of same-sex couples at every stage of their relationship. Members of our Family Law Practice stand ready to help you protect your rights, in court or through settlement. Call our Boca Raton office today at (561) 391-1333 or contact us online.